Setting up Travis CI for Django

I've been working on a project for some time now, a homebrew materials database, that was small enough that I could run my entire suite of functional tests manually with Selenium on my local computer. Recently, I integrated Elasticsearch to the project for scalable search functionality. The downside was that I did not realize how sizeable my functional test suite had become. With over 50 tests in my repository and growing with each new function, it was getting to the point that I could start running my tests, then maybe grocery shop and then check the status to see if they were done. Granted, some could possibly be removed or refactored, but I haven't had the chance to review the suite to see what I could part with. Enter Travis CI.

I've known about continuous integration automation for some time, but hadn't quite been to the point where I absolutely needed to add it to my project. There are several instructional videos that help to explain how to implement this testing strategy, but I found the documentation to be relatively easy to follow despite a few troubleshooting errors.

After integrating my Github account (it's easy to sign in using Github) I was able to select which public repositories that I wanted to add to Travis. 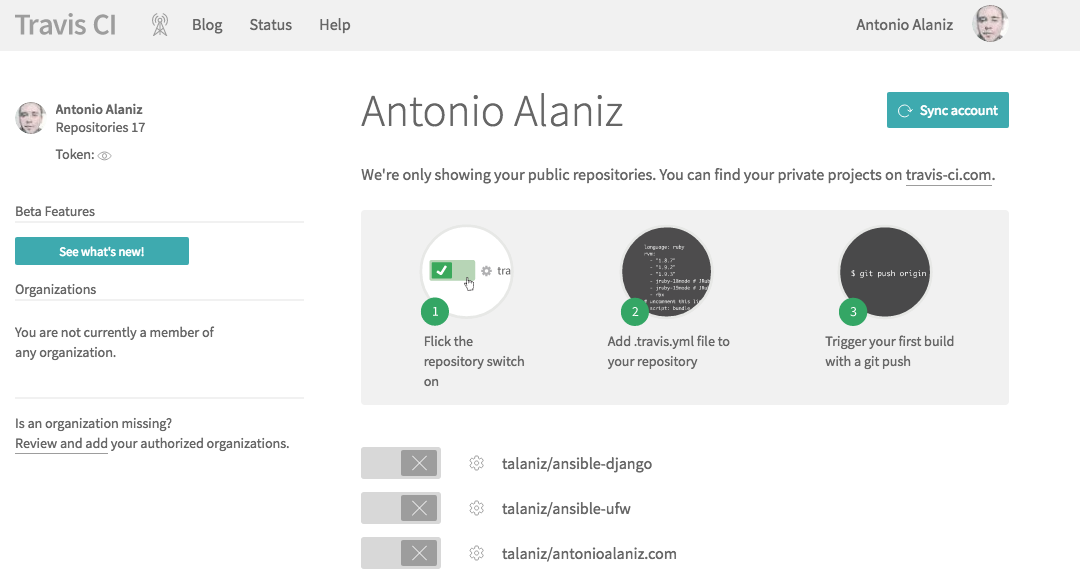 Once I selected the new project, Travis created a simple dashboard for me to update settings before committing my next build. Here you can see I've started to setup a new Ansible role (next article) in order to begin testing automated deployments-- 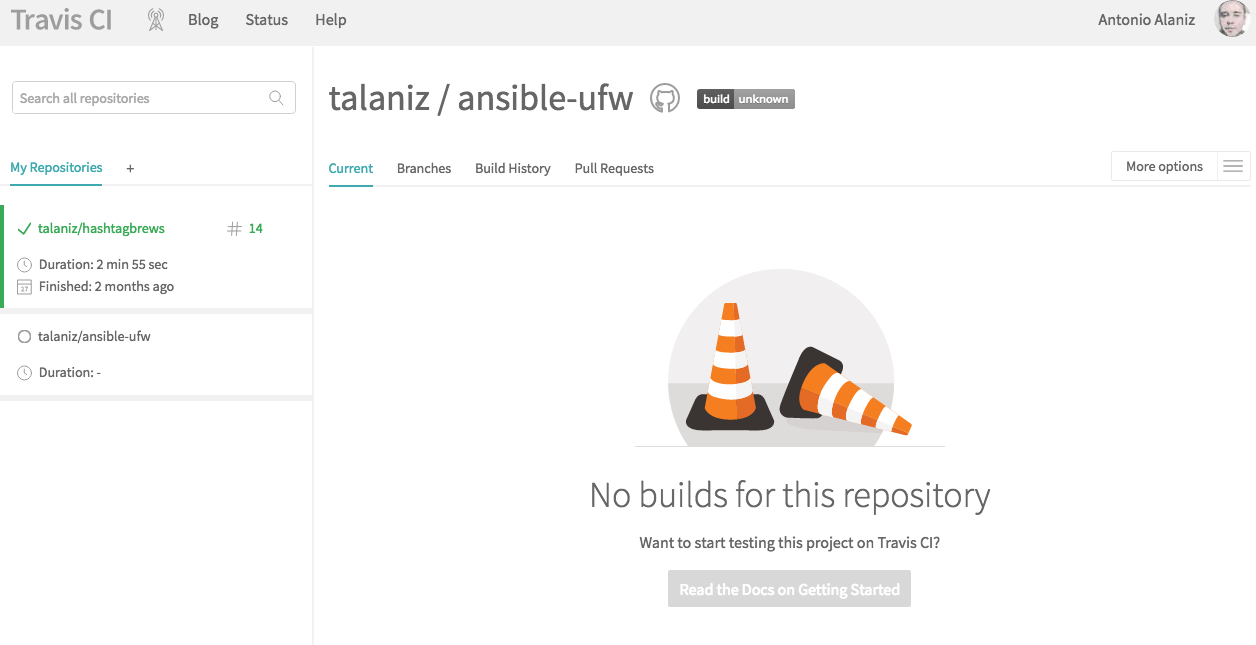 The only special setting I really used was "Build only if .travis.yml is present", which I've added to my version control. My strategy now is to run the new individual functional tests and related tests manually (which should be fairly quick by themselves), then let Travis run the rest of the suite as a regression test to ensure I haven't broken anything that I didn't run manually before my final push.

There were two configuration files that needed to be added to my project before I could fully test my application. First, I had to add a database.yml file in a folder labelled 'config' in my main project directory. This contained parameters for how I wanted to connect to my database. Since I'm using Django with a PostgreSQL backend, I need Travis to connect to a test database, but I don't want it to necessarily use my database settings from settings.py--

Here's a simple breakdown of each section of the yml file--

While I had to take a break from this project to get this blog running and the deployment automated, I also spent some time thinking about what I hoped to do with this new test setup now that I'd gone through the effort to get everything up and running. Continuous integration carries so many possibilities. While I'm still working on a few new features before I finally deploy, I think adding hooks to automatically deploy the updated project to my staging and production servers are most likely my next best bet.

When I return next time (hopefully soon!), I have several playbooks from a module called Ansible that helped me automate how I deploy this blog and is an instpired me to write the article and share how it can make development and deployment easier for you.